IMPORTANT BOARD AND AGM UPDATES FROM THE CRA

First up we have a couple of important Association announcements for you:

The CRA AGM will happen on June 23 at 7.30 pm on Zoom. If you’re a paid up member of the CRA you’re eligible to attend. We will share the Zoom login details with all members by email in a few days.  Here is a draft of the proposed meeting agenda.

ANNUAL CALL FOR NEW BOARD MEMBERS

The CRA is looking for up to three Cabbagetown residents interested in joining its board of directors, to contribute to and help grow our activities in the neighbourhood. New members will be voted onto the board following the AGM.

Here’s an overview of the current activities, focus and composition of the association for anyone that would like to join us.

CABBAGETOWN GETS ITS OWN TACO JOINT 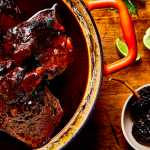 A new taco outlet called Pastor Taco recently opened at 245 Gerrard Street, just West of Eclectisaurus. You can get chicken, pork or bean tacos in singles or four-ups, plus helado (vegan ice cream) and poletas (popsicles).

It was just featured in BlogTO’s round up of 10 new restaurants this week along with our new friends at LJS Khasos.

THE CABBAGETOWN FARMERS MARKET IS BACK! 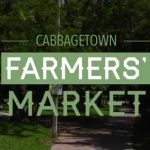 The Cabbagetown Farmers Market reopened for the 2021 season on June 1. Please make sure to go by and support all the vendors.

The market runs from  June 1 thru October 12 every Tuesday afternoon from 3pm to 7pm – rain or shine. Location  is NW corner of Riverdale Park West, Winchester and Sumach.

They’ve posted some simple rules to keep all of us safe while we’re there:  Stay home if you don’t feel well.  Use sanitizer and put on your mask before entering.  Follow the one-way walking directions.   Be courteous and stay two metres away from other people.  Don’t eat in the Market area.  It’s all common sense and we’re all used to these rules by now.

The program brings life saving training and protective equipment directly to frontline people who are most likely to encounter or witness opioid poisoning/overdose. Each responder trained by Heart2Heart will receive specialized training in overdose response and Naloxone administration.

Find out more and review a brief informational video at the Heart2Heart website.

Planning a major event against a backdrop of gradually evolving public health restrictions and the ever-growing impatience among the public can’t be easy. Enter Pride’s “phygital” program, a series of art installations at Stackt Market, Harbourfront Centre, Woodbine Beach, LED screens around town and other locations that are giving Pride a real-life focal point in a way that isn’t about a massive crowd gathering. Now Toronto has curated a list of 20 essential virtual parties, podcasts, installations, screenings and more.

WHAT YOU NEED TO KNOW ABOUT ONTARIO VACATION PLANNING

Travel between different Ontario regions has been off limits for quite some time now thanks to the stay-at-home order and lockdown restrictions. But as public health measures begin to ease, residents are likely wondering what will and won’t be allowed when it comes to travelling this summer.

Thanks to the provincewide nature of Ontario’s new reopening plan and improving vaccination rates, travelling between regions will be a possibility for residents over the next few months — just as long as COVID-19 indicators remain under control, reports Mira Miller at BlogTO.

Mayor John Tory launched Indigenous Peoples Month at Toronto History Museums. This month-long online celebration replaces the 2021 Indigenous Arts Festival, which cannot be held due to COVID-19. It includes tours, a culinary program, a shop experience that includes products from Indigenous artists and authors, and film and dance performances by emerging and established artists. Find out more in the City News Release.

STRUGGLING WITH ALLERGIES? THERE’S A REASON FOR THAT THIS YEAR

Dr. Anne Ellis, an allergist and professor at Queen’s University in Kingston, Ont., says that she has heard from more patients than normal reporting worsening allergy symptoms.

“The pollen counts are much higher this year than they were this time last year,” Ellis said in a telephone interview on Tuesday. Report by Brooklyn Neustaeter at CTV News.

Ontario’s stay-at-home order officially expired on Wednesday, June 2, but the province has clarified that very few things will actually change once the order is lifted.

In a news release issued Tuesday, the provincial government said all other public health and workplace measures will remain in place provincewide until Ontario enters Step One of the Roadmap to Reopen, which is currently scheduled for the week of June 14.

A portion of Bay Street will be closed for another month as crews continue to repair a sewer pipe that collapsed in May. It was initially supposed to take just a few days to repair but in a news release issued on Tuesday the city confirmed that the work is now expected to take approximately one month as the repair is particularly challenging due in part to the extensive network of underground utility infrastructure that must be carefully navigated.

The City of Toronto’s Infrastructure & Environment Committee today approved the proposed plan to expand sidewalk snow clearing to all neighbourhoods in the city starting this upcoming 2021-22 winter season. City Council will consider the report at its meeting of June 8 to 9.

If the plan is approved by Council, all homes in the city would receive winter snow clearing service on their sidewalks. This would mean that more than 103,000 households would be added to the program — 91 per cent of city sidewalks would receive mechanical sidewalk snow clearing and, due to sidewalk obstructions and narrow spaces, nine per cent would be manually cleared.

The National Advisory Committee on Immunization (NACI) updated its guidance to recommend that the second shot of an mRNA vaccine, Moderna or Pfizer, can be the follow-up to the first dose of AstraZeneca. NACI says individuals that received the first dose of Pfizer or Moderna should be offered the same mRNA shot. If supply does not allow for that, the health committee says those who received the first shot of Pfizer could, then, get a second dose of Moderna or vice versa. Report by Michael Ranger and Lucas Casaletto at 680 News.

Ontario is speeding up eligibility for second doses of the COVID-19 vaccine, and officials now expect the majority of those who want a vaccine will be fully immunized by the end of summer.

Increasing supply of vaccines and progress in administering first doses means the province is able to accelerate the timing between first and second shots, officials said at a briefing last Friday morning.